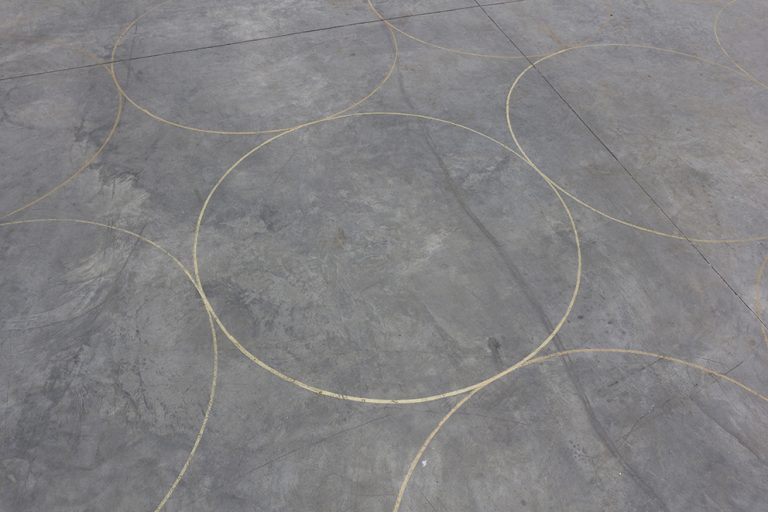 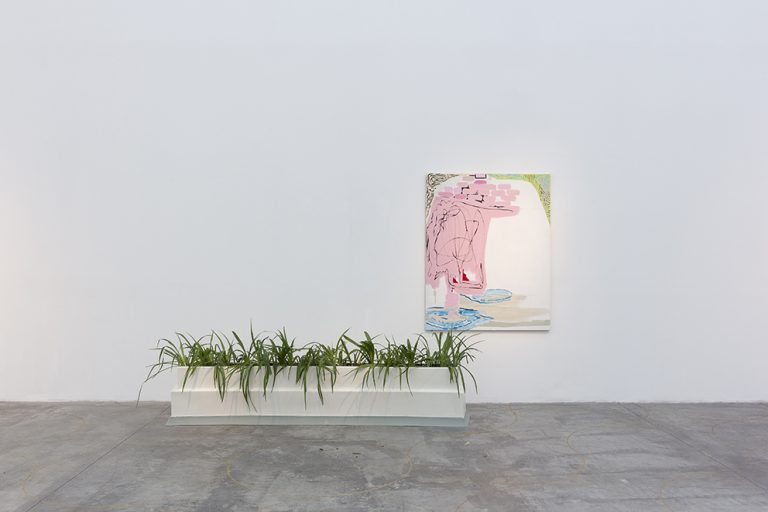 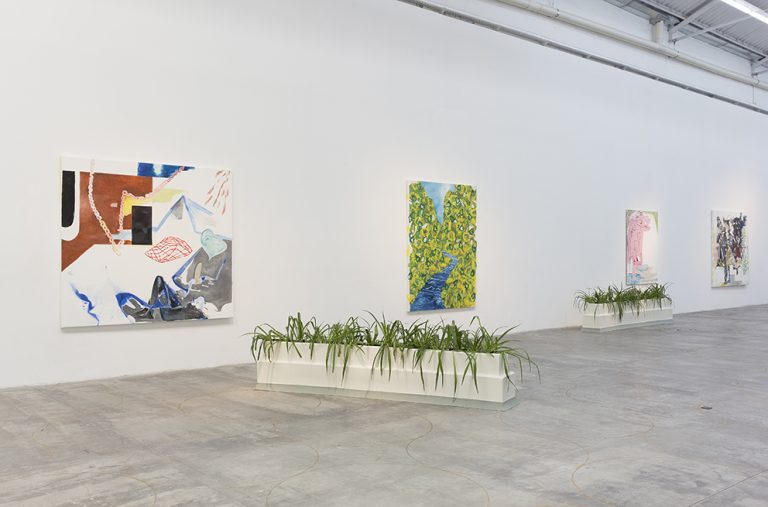 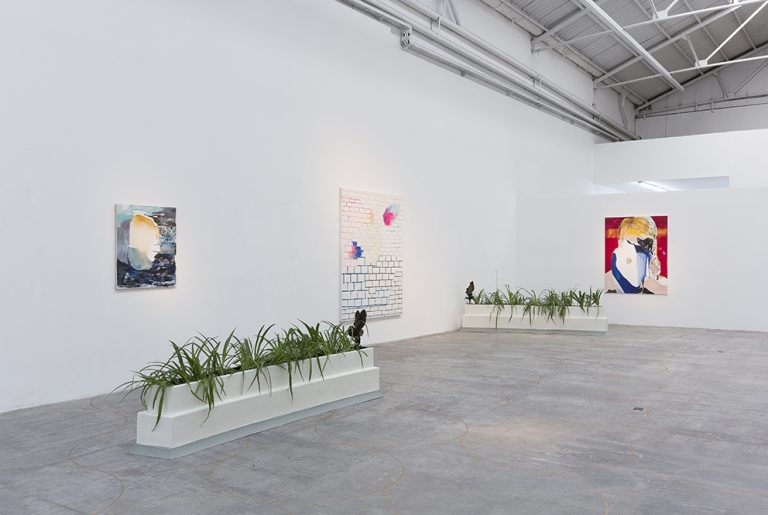 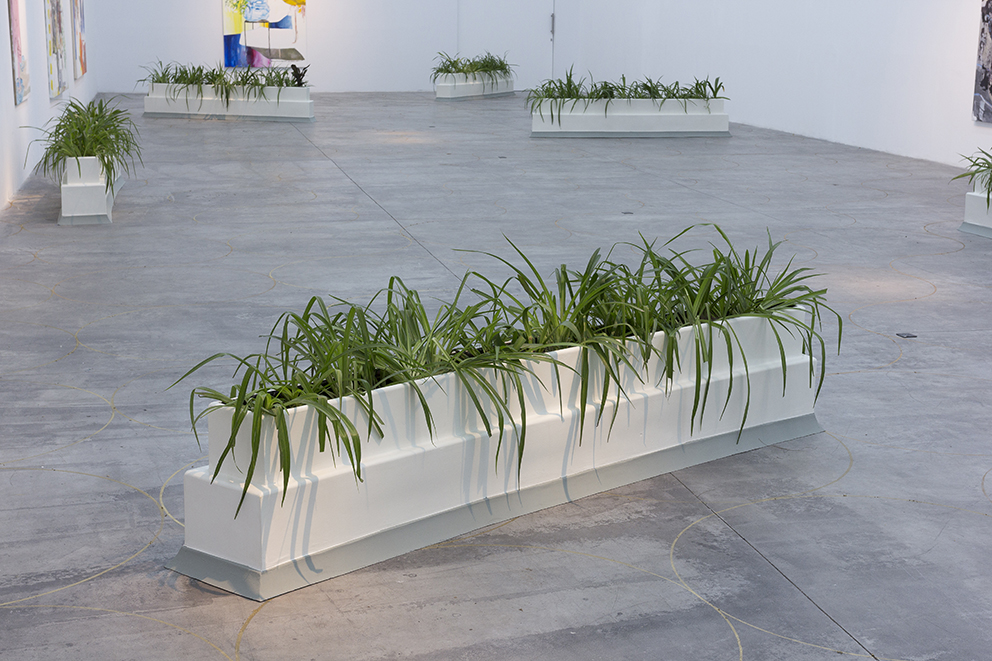 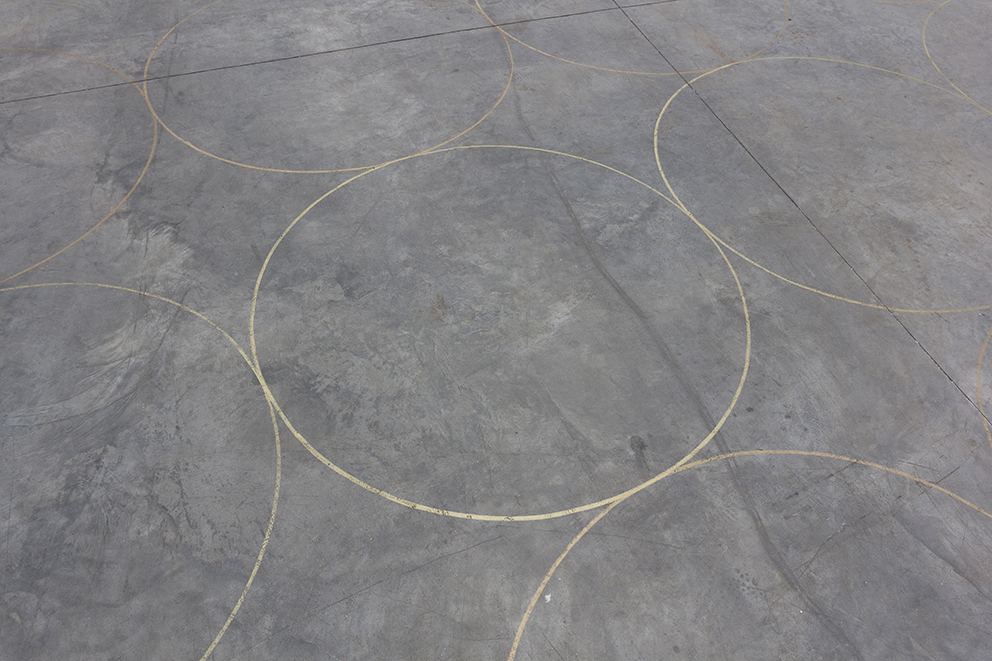 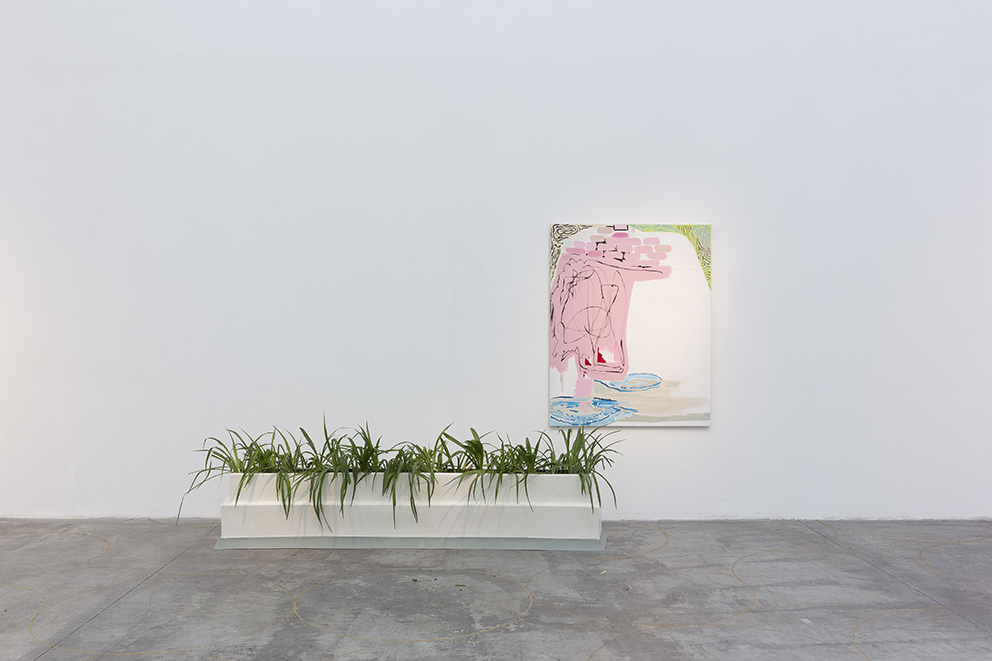 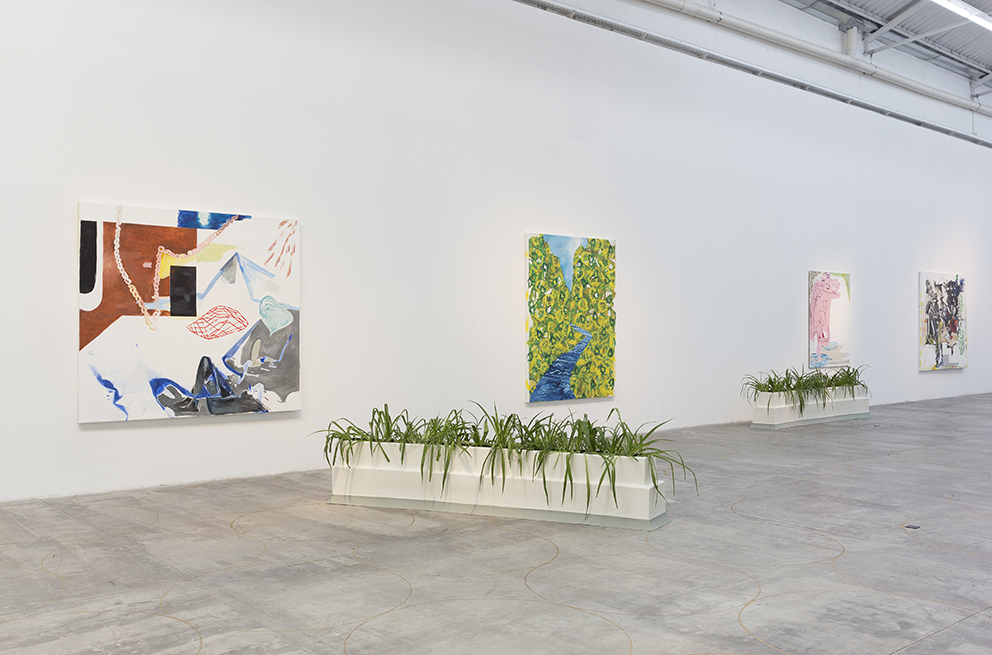 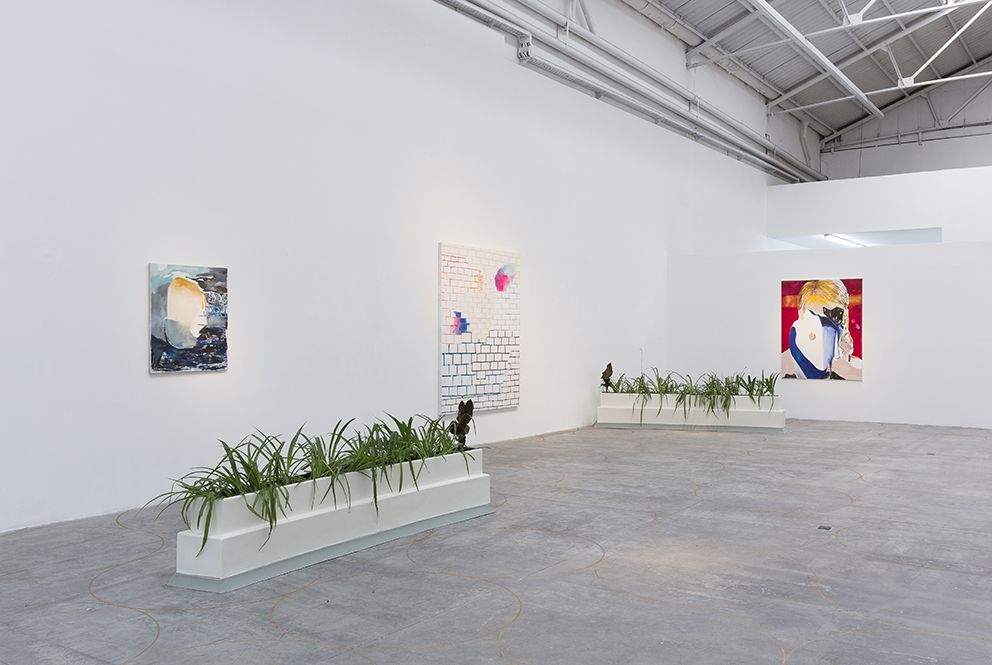 In Autoamerican Alejandra Seeber works with the Barro space as if it were a giant display. She creates an installation of paintings, objects and videos in which, by means of a system of montages, she combines elements as dissimilar as a work by Richard Serra, rationalist buildings in the United States and the hexagonal shape of the landing stage of the lake at Chascomús. In the exhibition Seeber copies, translates and pastes different spaces and moments, taking from them everything that attracts her attention. Autoamerican cites the Blondie album of the 80s and examines what it means to live in a generic, imprecise America, from which she takes scraps and observes generalities in order to recompose her own version, as a collection of unpredictable personal snapshots. Curated by Sonia Becce.